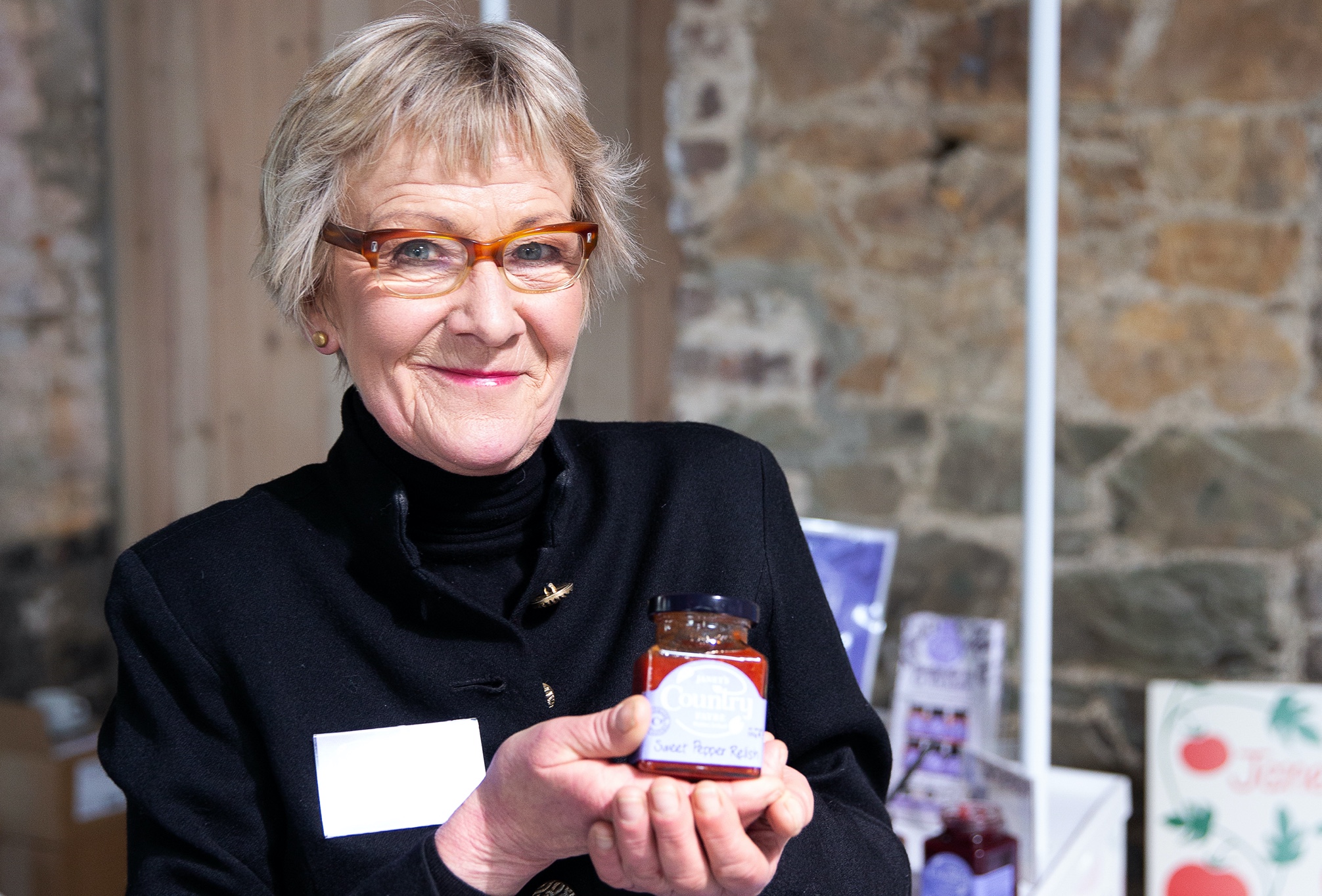 Meet Janet’s Country Fayre, and learn all about their products at Gallagher’s SuperValu Wicklow.

Back in 1995 when Janet Drew began making pickles at home, little did she realise that she was at the start of a food journey which now sees her mauve labelled products in food stores up and down the country.

Janet started out by making pickles at home in 1995 which has since grown into the successful Janet’s Country Fayre which was established in 2003. Winner of five Gold Great Taste Awards, the highly prestigious Irish Guild of Foodwriters Award and Free From Awards, she has proven, time and time again, that her products are of consistently high quality and full of distinctive flavours. As John  McKenna wrote many years ago in The Bridgestone Irish Food Guide: “Janet’s products are possibly the best in the country. This is truly artisan work – distinctive, delicious and inimitable. Just try her work and you will never buy a commercial relish or chutney again”. Her success indicates that consumers up and down the country have been doing just that.

Janet is a well established producer of premium artisan chutneys and relishes. Her company also produces its range of Janet’s Just Delicious pasta and pizza sauces containing no added sugar or salt, but, instead, using carrot puree as a natural sweetener. The business, based at the Bullford Business Campus Kilcoole, produces for both retail and the food service industry. It also produces private label products for fantastic partners such as Sheridans Cheesemongers, the Butler’s Pantry, McCambridges of Galway, Café Sol, Freshways, Dunnes Stores and The Traditional Cheese Co. It is proud to be part of Supervalu’s Food Academy programme and is a Bord Bia Origin Green approved member since 2016.