The 1st of February is synonymous with the beginning of spring, there is a bit of a stretch in the evenings, the new growth has started, we witness the start of new beginnings, our spring flowers are peeping through the bare ground and the first snowdrops appear, showing off in all their glory. I even picked some wild garlic today and made some pesto.

New life is everywhere, lambs frolicking in the fields, cows are beginning to calve and the hens are starting to lay eggs again.

So with the onset of spring, we look forward to new life. The tradition was, that farmers turned a sod or two in their fields to insure a good harvest in the year to come, farmers near the coast availed of the spring tide and gathered seaweed on St Brigid’s Day, this seaweed was spread on the fields as a fertilizer, again to encourage a good yield to their crops.

In the home, St Brigid’s Day played an important role, spring cleaning, windows were opened and even washed after the long winter of constant fires, rugs were taken out and spanked, a special meal was also prepared, colcannon and an apple cake.

We have many traditions in Ireland following St Brigid, on the eve of St Brigid’s Day (January 31st), a slice of bread and butter or cake/cake bread would be left out on a window ledge, this was for St Brigid, well really for a vagrant or tramp passing the road, a kind gesture, signifying the goodness of St Brigid towards the poor and less well off. In some parts of Ireland, (mainly Munster) a handful of wheat/straw would also accompany the food on the window ledge, this was to feed the favourite cow of St Brigid’s that was believed to accompany her on this night.

Growing up I learned an awful lot from my grandmother, Irish traditions featured heavily. Towards the end of January every year, a trip to the country was planned, the boot of the grandfather’s Renault 4L would be filled with homemade treats, cakes of bread, tea bracks, jams, tins of homemade biscuits and maybe a pair or two of knitted socks.  Off we would set with the flask of tea and the sandwiches on shop bread, a rare treat. The long journey to Tullow in Co. Carlow to visit my Grandfather’s bachelor brother Uncle Tom.  The contents of the car, upon arrival, would be hastily swapped for a very large sack of rushes, some fresh eggs and some fresh cream, the cream would be churned into butter in the coming days.

While we did not have a dairy living in Dublin, we did have a huge back garden, Grandfathers Paradise, he would hang a new cross in the bushes and also turn a sod or two, and some of the offcuts of the crosses, and he would dig them into the soil.  We would make a Brigid’s bread, and a white soda cake, this is how I learned to make the sign of the cross, and it was a very big deal, to earn the right of passage, to be the chosen one to make the cross on the bread.

Tea that evening was special, colcannon, pan-fried streaky rashers on top with the fats from the pan drizzled on top, heaven, this was followed with apple tart, most of the meal’s ingredients came from the grandfather’s garden.

And lastly, we would leave out “biddys beret” aka grandmother’s pink beret, this hat held the cure for everything, from a toothache to a backache, I even wore it around my neck when I was sick with mumps.

It is a tradition that a ribbon, scarf, piece of material or hankie, would be left out in the belief that St Brigid would touch it when passing, giving the piece healing powers. This ‘Brat Bríde’ was believed to ward off illness, the local lady/midwife would arrive to her expectant mother with her own ‘Brat Bríde’, while every house would keep a ‘Brat Bríde’, a piece would also be kept in the shed with the cows, indeed it would be rubbed over the cow whilst she was calving to ensure safe arrival of the calf and lots of milk for the mother.

A St Brigid’s cross was pushed into the thatched roof every year, this was believed to bring good health and ward off fire.  The previous year’s cross would be crushed and sprinkled on the fields to help ensure a good crop or sometimes burned with the old holly to make the fire to cook the first pancakes at the start of lent. 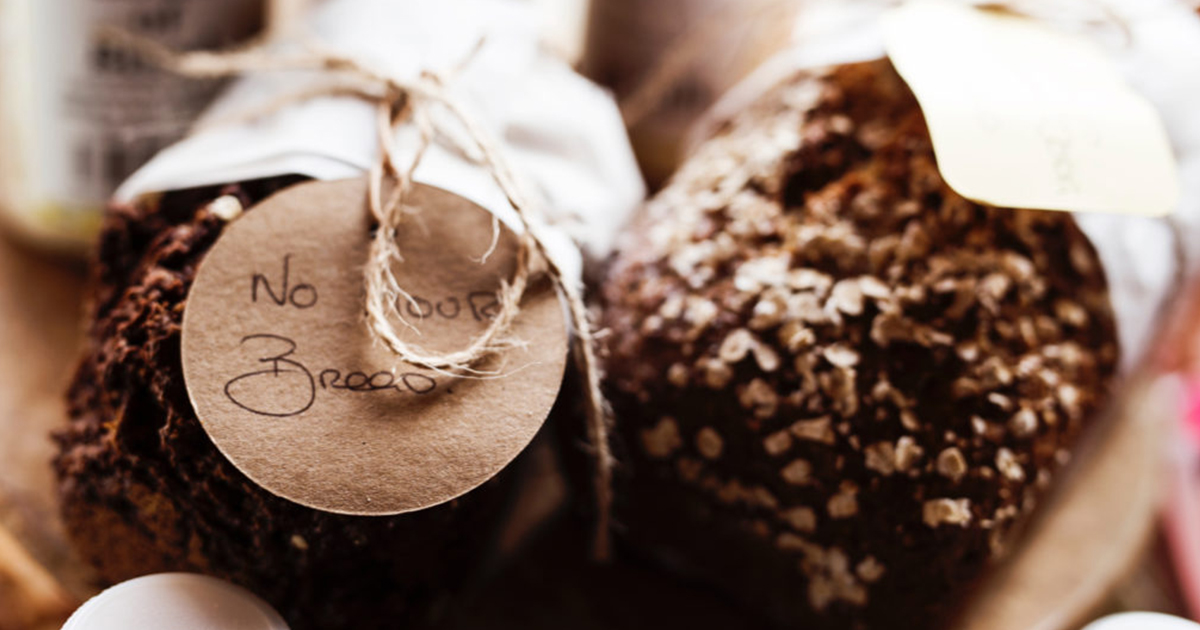 The photo of Lorraine Aspill is courtesy of Lidl Ireland.