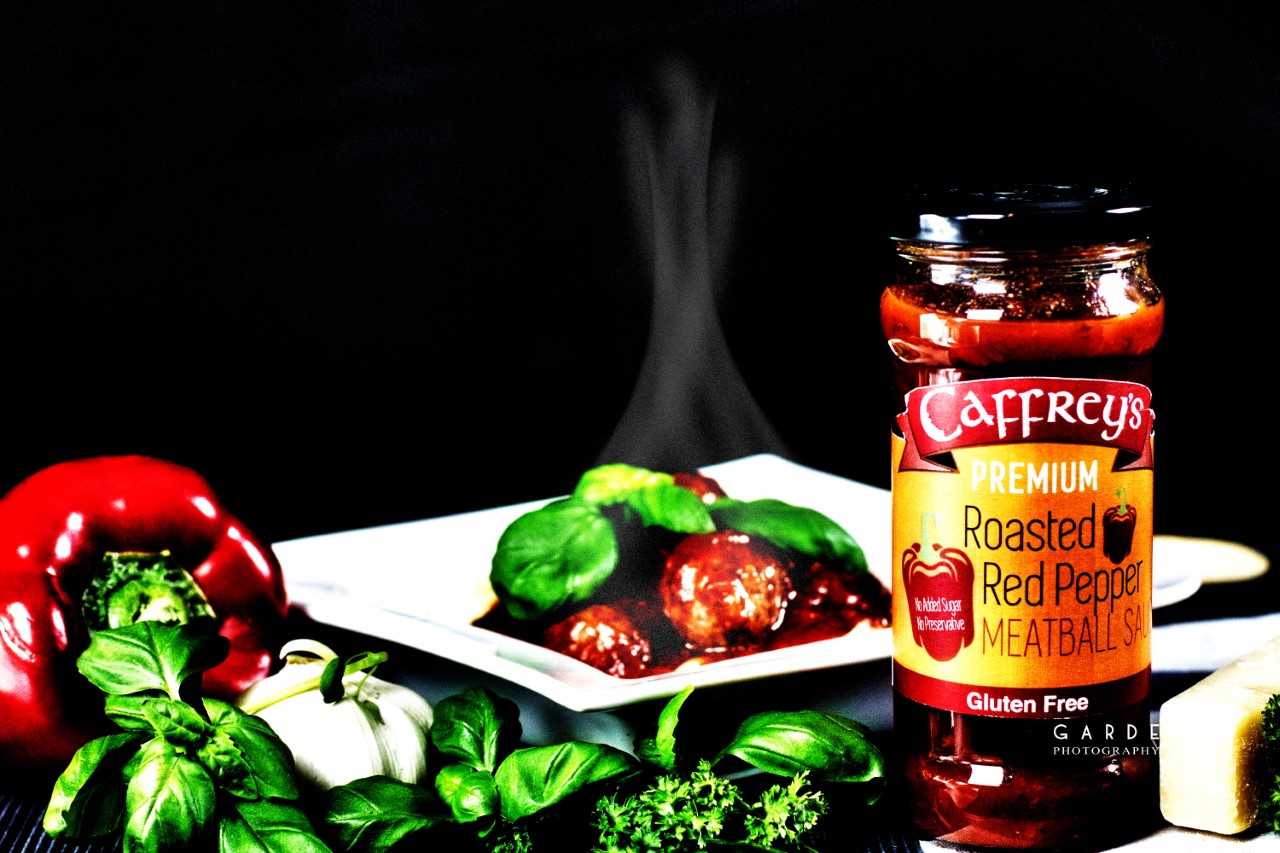 Dermot Caffrey of Caffrey’s Sauces is a man who has been working in the food industry for years.

Now based in Kilcoole, County Wicklow, Dermot began his career selling butchery equipment to butcheries in Ireland which he did for about five years, but, knowing so much about the industry, he saw how value could be added to butcheries by creating ready homemade sauces to make healthy cooking at home more accessible.

Dermot was at a stage in his career where he knew he could add value to butcheries in a different way. While selling equipment, he built up a fantastic rapport with butchers and delicatessens and watched the popularity of sauces and marinades among consumers.

His background was in marketing and he knew the market so well that he decided to turn his attention to making marinades himself, specifically for the butchers sector.

After marrying his wife, who is a food scientist, he saw a huge opportunity to create healthy sauces, using local ingredients where possible so he decided to create seasonal marinades which could accompany meat purchased in butchers as well as a delicious range of pasta sauces.

Caffrey’s Sauces was launched in 1996, it expanded in 2014 and in 2015 he got a distributor to sell his sauces in many locations throughout Ireland.

The popularity of his sauces increased rapidly that the business initially expanded very quickly. His brand of sugar free, fat free and gluten free sauces are a must in any kitchen larder.

What’s special about Caffrey’s Pasta Sauces is there is no added sugar, zero fat, they are all now made in his gluten free factory and all products used are 100 per cent natural.

So much time and love goes into making these sauces to the highest of standards and he now has three full time and two part time staff helping him to achieve these popular sauces which are now in stores across Wicklow and further afield.

Many ingredients used in his sauces come from Wicklow – the basil and rosemary are from Kilcoole – just down the road from the factory.

Promoting healthy eating and being as sustainable as possible is a huge part of Caffrey’s Sauces. Whether you want to eat fish or meat, all customers have to do is buy the marinade which best suits, place all the ingredients in a bag and cook it in the oven.

His sauces are award winning. He won a Gold Award at the Meat2Trade Food Expo for his Roasted Pepper Meatball Sauce for Product of the Show.

For a full range of current products visit Caffrey’s Sauces